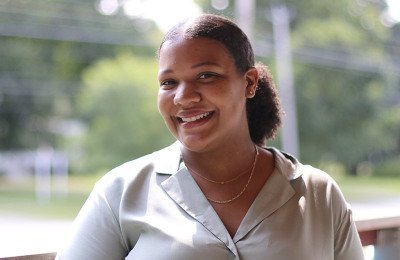 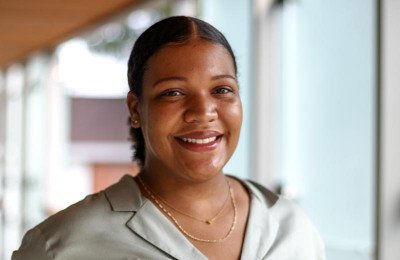 Utica has been my home for 18 out of the 22 years I’ve been on this earth and I wouldn’t have had it any other way. I want to share with you all some of the experiences that shaped me into the person I am today. I am the daughter of two loving parents, both immigrants from the Dominican Republic who came to the U.S. chasing the American dream. The dream that so many immigrants to this day still hope for.

I once asked my mother what she imagined America would be like before she came to the U.S. She told me she imagined a fair and free country where everyone was well off and educated. This was her perception of America 30 years ago but this is also the same perception many of our family and friends in the Dominican Republic still have today. Reflecting on their view of America, I realize that it’s the wealthy, white American dream that they idealize. It is the dream they see in movies. However, this dream does not include the Black American reality. It does not demonstrate the truth about what it means to be a person of color in America. It does not demonstrate the truth about the hard work and struggle it takes when you start from the very bottom. When I say this, I don’t mean that being educated and wealthy is unattainable for people of color, however, the systems of oppression that disproportionately affect us makes that dream seem almost too far to reach.

In order for you all to understand the impact that this community has had on who I am, I want to share with you some sad truths about Dominican culture. Although I love our delicious cuisine, lively music and language, I am also very aware and saddened by the racism, colorism and anti-Blackness that has been engrained in the culture since the colonization of the country. Many Dominicans see themselves as non-Black latinos, when in reality we are Black having both African and Spanish ancestry. Denying their Black ancestry meant that when coming to America they viewed themselves as separate from the Black struggle when the reality is that we are one in the same.

For me, being raised a Dominican meant that I had to straighten and ruin my beautiful natural curly hair because it was deemed ugly, not meeting the white beauty standards of having more manageable straight hair. For me, these meant elders telling me that when I am older, “tienes que refinar la raza” which translates to “you have to refine the race” implying that blackness was impure and I should marry a white man so that my kids would have lighter skin and “better” straighter hair. Imagine growing up hearing that the very features that make you who you are could be better if they were whiter. None of this meant that my family didn’t love me but it meant that they associated whiteness with beauty and superiority.

Since we are in the U.S., this also meant that along with the colorist ideals that my relatives already knew, they also learned the stereotypes and prejudice often associated with Black people in America. They were told that here Black people are lazy, uneducated, gang members or troublemakers and sadly they believed it. This meant that my siblings and I had to excel in school and stay out of trouble as a way to prove that they raised us right and that we were separate and above that stereotype.

When I was younger, those racist ideals confused me and as I got older, angered me. I didn’t understand how they could be prejudice against their own race. Eventually, I figured out that my skin does not lie, that I was Black and beautiful and that I should be nothing but proud of that. The Mohawk Valley Junior Frontiers played a huge role in affirming this for me. I was introduced to the Frontiers my sophomore year of high school, though I wish it had been sooner! I walked into a room full of students of color of all ages, who were engaged and ready to learn and take advantage of the opportunities being offered to them. Alongside them so many wonderful mentors whose sole goal was to help us succeed. Right here in the heart of Utica so many young and talented people, living proof that those stereotypes were false, put in place to make us believe that we were less than.

When I first joined the Junior Frontiers, I was very shy and soft-spoken especially when it came to speaking in front of others. However, I learned very quickly that Frontiers stand up and stand out. From day one my mentors accepted me with loving arms and helped me break out of my shell so much so that I was running meetings as president of the Utica chapter by my senior year. Being a Junior Frontier was more than an extracurricular program. They educated me and taught me the history of my people, something we never learn in the regular school curriculum. This organization is a support system for those who don’t have one, a place where you can be your authentic self, a source of opportunities that aren’t offered anywhere else, and a family that extends well past graduation. The value of an organization like this one is priceless.

The support and empowerment I received in this community, I didn’t always have elsewhere especially attending a predominantly white college where I was 15 minutes away from home and yet felt like I was in a completely different place. I didn’t have the comfort of being surrounded by a majority of other students who shared my experiences and looked like me. It was not easy adjusting to an environment where most of my peers were upper class, white and prep-school educated, none of which I could relate to. But the Junior Frontiers taught me to stand up and stand out. I remembered that I was capable and if I made it this far, I could still make it further. Of course, the common factor that helped me make it through was community. Finding other students of color and forming a community of color on campus whose members supported each other was crucial to my surviving and succeeding for those four years.

Despite having struggles that most of my white peers didn’t understand or have to worry about, I was able to successfully complete my four years at Hamilton College. I pursued my bachelor of arts in geosciences and successfully graduated this past May amidst all of the tragedy happening in the world right now. Although I don’t have my next steps quite figured out, my dream is to pursue a career in environmental health and justice. To advocate for minority communities, like the one I grew up in, who are victims of the social and racial hierarchies that disproportionately and negatively affect our living environments and quality of life.

I know how impactful it is to have mentors who know and share your struggles, who educate you on your history, who advocate for you and who believe in you when the odds are stacked against you. I also know that my success influences and inspires younger generations in this community. Today, I am a proud, educated, Black Latina who aspires to help minority communities the way that I was so lovingly helped.