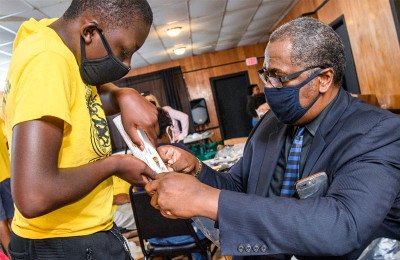 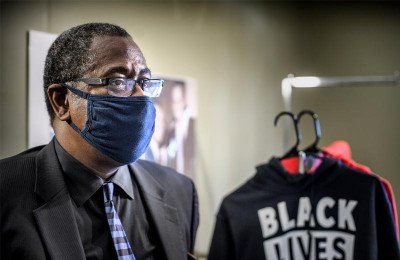 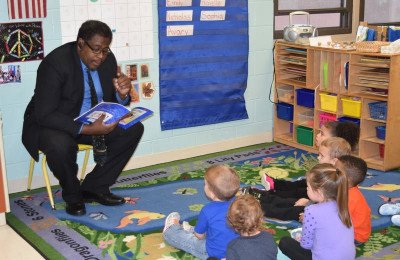 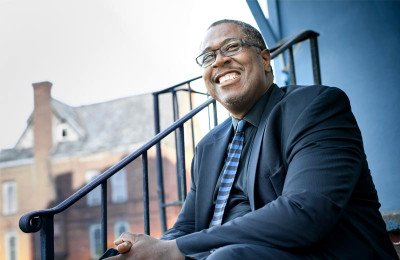 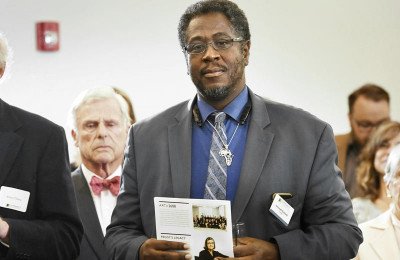 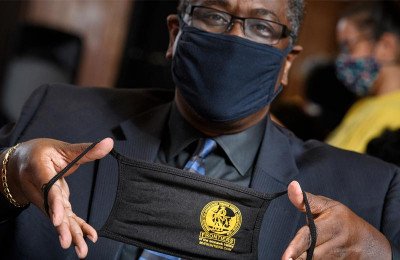 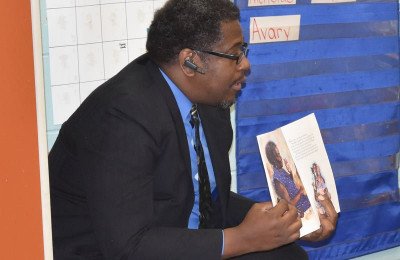 My parents were born in the Mississippi delta, which is cotton country. They were pulled out of school—my father in third grade, my mother in sixth—and forced to work the cotton fields. My parents and their siblings, and their parents and grandparents all worked the same plantation. No matter how hard you worked or how much you made, when they took the tally at the end of the year you always owed—so you could never leave. It was another form of slavery.

After serving in World War II, my father came to Buffalo where he worked three jobs, and my mother worked as a domestic. My father had taught himself to read and became a minister. They taught us—I was one of 13 children—the values of hard work, respectability, accountability and self-assurance. Our family lived in an all-Black part of Buffalo, and in the1960s, like now, it was a very segregated city. I had never seen a white person other than my teachers until I reached the ninth grade.

I was fortunate that a teacher made me take a high school aptitude test, and I scored high enough for a national organization, A Better Chance, to take note. They offered to send me away to a high school, in Amherst, Massachusetts, which was at that time rated the number three high school in the country. My parents thought I was too young, too small and too ignorant to go that far away all by myself, but my father wanted me to have opportunities he never had. So they let me go.

There were 10 Black kids in the whole school, and I was the only Black kid in all my classes. The kids I lived with, they were from all over the United States—Black, Native American, Hispanic—and we learned to support each other and to academically compete. I got a very good academic foundation there, and I was fortunate enough to win a scholarship to Amherst College—which was then (and still is, I believe) the finest small liberal arts college in America.

I wanted to be a history major, and Amherst had a professor who was one of the top historians in the world. I couldn’t wait to get into his class and take advantage of this brilliant man. But on the first day of class—I was the only African American in the class—the professor was talking about the industrial revolution, and he turned to me and said, “As for Sambo, there was no real contribution by the Negro in America.”

It was devastating. I  had idolized this man’s brilliance and intelligence, and in one sentence he reduced me to something with no value and no reason to be where I was. It affected my whole time at Amherst. I switched majors and careers, deciding I wanted to be a lawyer and fight for justice. I give you that example to show how racism affects and permeates the soul of humanity, how it affects people of color. And why you see so much frustration, anger and helplessness today.

Then, there’s the constant fear of being beaten, of being threatened with death at any time. I know it’s hard for many of you to understand, but a person of color—especially a Black male— always tries to avoid contact with law enforcement. But you walk around daily wondering if you come into contact with law enforcement, will it be your last day on Earth. That sounds pretty dramatic, but it’s a reality for me and, I think, for most Black men in the United States.

Why? Many reasons, but one important one is the history of law enforcement in the U.S.  Professional police departments in the North started in Boston in the 1830s from the need to protect wealthy businessmen’s property. But in the South police departments began in the early 1700s as “slave patrols.” People were assigned to go around and look for runaway enslaved Africans, to make sure that enslaved Africans were kept in line—that they didn’t get to have any hopes of freedom or equality—and to put down any uprisings or potential uprisings. So the history of the professional police department in the South grew out of subjugation and domination of people of color.

Professional policing in this country hasn’t gone too far from the institutionalized goals of those two different beginnings, which have manifested all the way up to today. African American men and women still feel it, and it’s more than a perception. I’ve been in the Mohawk Valley since 1992. I’ve been stopped at least eight times—I was given no ticket, just stopped because I was in the wrong place at the wrong time.

Last year I was pulled over in Rome by a police officer as I was coming home from a dinner gala event, and he asked me what I was doing in Rome. I said, “I kind of live here,” but I had a gun trained on me for more than 30 seconds while he checked my registration. And every time a person of color comes into contact with police the possibility of their death is increased dramatically— simply because of race.

The African-American dream, I believe, is the original American dream:  the dream of freedom. Not just political, social and economic freedom. Physical freedom. From 1620 forward, it was the dream of the ability to promote oneself, care for oneself, to live by the sweat of one’s brow. And to be a fully functioning person in society. That American dream is the same dream African Americans and all people of color have today. The only thing that has changed is, now there are no physical shackles. But given the way that institutions have developed, it is always “do not enter, do no knock, do not bother to participate” signs—imaginary signs—that African Americans and people of color have to deal with every day.

So, the American dream, I believe, is rooted in the African American dream of freedom. And racial justice and equality is an extension of that dream. It makes me feel great to be a part of an organization like The Community Foundation that puts that dream front and center. This is a way that we can help to ensure that all people have the right to live this dream. The right to try to better themselves by their own intelligence, by their own labor. And that is a quintessential value in America, to be able to participate in a dream that allows you to be free.